What is the difference between hard and hardly?

Many adjectives become an adverb by adding ly and the meaning basically stays the same:

For today’s English lesson, we are going to have a look at one word that is an exception to this rule,

As an adjective, hard has basically two meanings. First, hard means solid, firm, or not soft:

Hard is also used as an adverb which means with a great deal of effort or strongly. As an adverb, hard comes after the verb.

We also have the adverb hardly, but as an adverb, the meaning is different from the other meanings. The adverb hardly means “almost not” or “barely.” 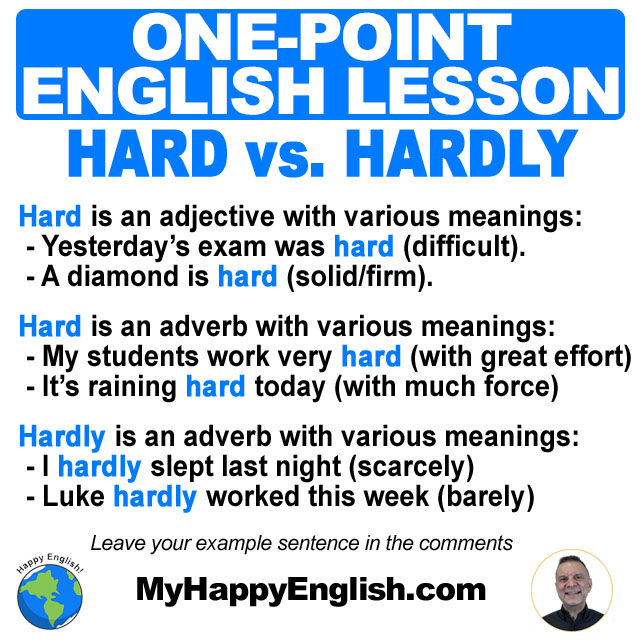