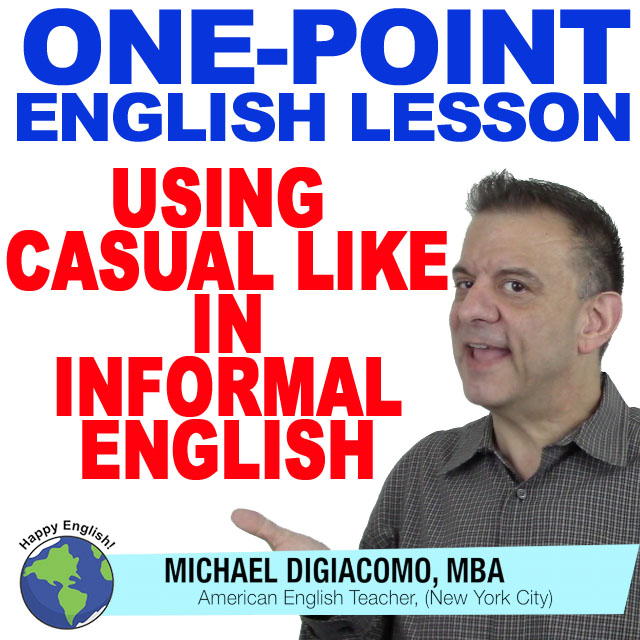 I worked a lot last week. I think I was in the office like, 65 hours all together. So when I got home last night I was like, so tired. I feel asleep on the sofa with my clothes on. When I woke up it was like, 5:00am. My roommate was up as well. He was like, “Why are you up so early?” I explained my situation.

Like is used in a variety of ways in casual, English conversation. Today, I’d like to show you a few examples of how we use like in this way. Have a look at the paragraph above, and then check out this English lesson.

We also use like before a little, so, or too (etc) + adjective to emphasize and draw the listener’s attention to the adjective. This like is also usually followed by a brief pause.

In a similar way, we use like before a verb to draw the listener’s attention to the verb. This like is also usually followed by a brief pause.

Lastly, we use was like to mean said or asked when we tell someone about a conversation we had and we want to quote that conversation. Take a look at the following conversation:

I saw Jack yesterday, and it looked like he was in a hurry.

Using reported speech, we can discuss this conversation like this:

I saw Jack yesterday, and it looked like he was in a hurry. I asked him where he was going. He said he was late for work. So when I asked him what happened, he said that he overslept. I said good luck.

Keep in mind that we use was like in informal, spoken English but never in written English.