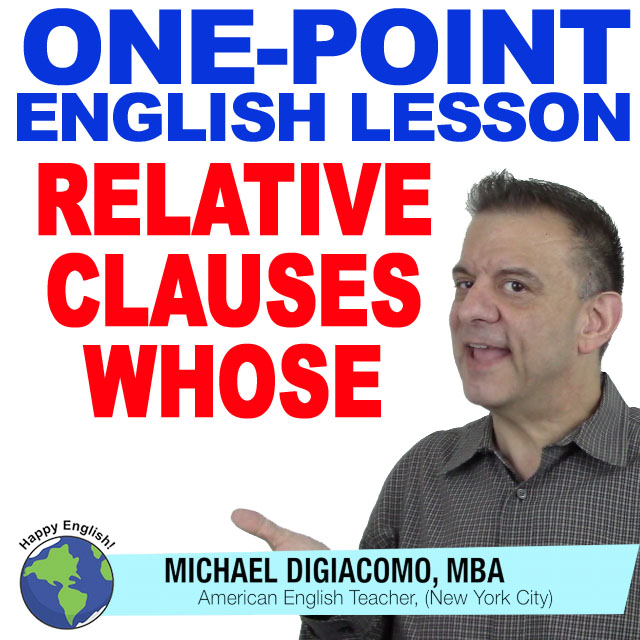 Hi everyone in Happy English land! Welcome back to another exciting English class. This week, by popular request, we have been studying relative clauses in English, specifically Adjective clauses. Today, I would like to continue that discussion and show you how we use whose in an adjective clause.

Whose is used to show possession. As you know, we used whose in a question to ask about possession:

In a similar way, we can use whose in an adjective clause. The grammar is whose + noun + verb:

It is also possible to use the structure, whose + noun + person + verb:

The clause [whose book I found] describes “the student.” If we remove the adjective clause, the sentence becomes:

Now, it’s your turn. How about trying your own original sentences using the comment box below!