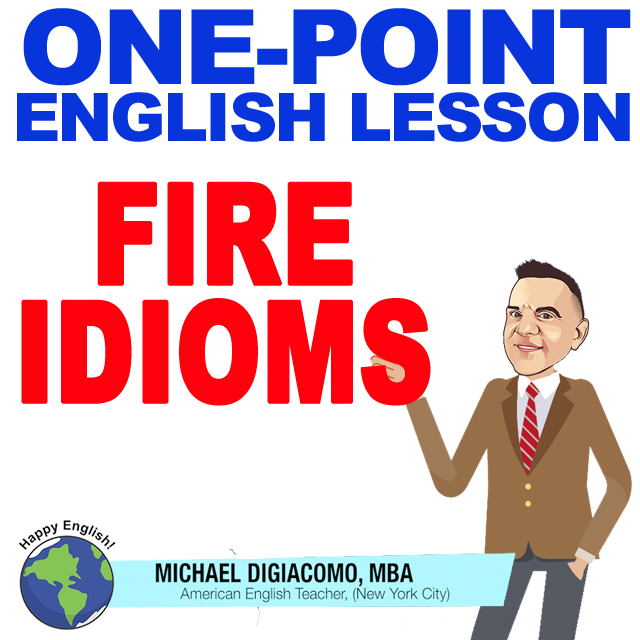 Fire is pretty hot and dangerous, don’t you think? Well, in English we have a number of idioms that come from this idea about fire and use the word fire in them. For today’s English lesson, let’s take a look at five idioms that have word fire. I hope this lesson isn’t too hot to handle!

When you add fuel to the fire, you make a bad situation worse by saying or doing something.

When you are fired up, you are excited about something for some event.

When you breathe fire you are very angry. This idiom comes from the image of a fire-breathing dragon, which is not a very happy animal!

When you play with fire, you are doing something risky or dangerous.