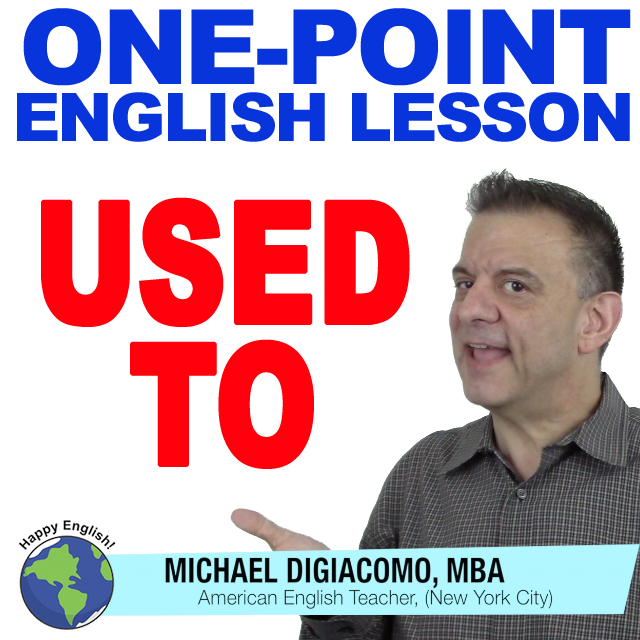 I used to have a 1968 Ford Mustang. It was my first car. I used to drive it everywhere. One of my friends in those days had a 1970 Mustang, and we used to try and race each other.  Now, I drive a Jeep. It’s my first car with a stick shift. I am slowly getting used to driving it now, but when I first got it,  it was hard to get used to driving a shift car. I guess as time goes by I’ll be used to it, but no car will ever be as fun to drive as my ’68 Mustang.

In English, used tohas two meanings and uses, and that is the pont for today’s One-Point English Class. Let’s have a look:

In the above examples, used to describes a past habit. The grammar is used + [V Infinitive]:

Used to  is also used when we talk about an experience which was once  new, difficult, or strange at first, but not anymore:

As in these examples,  the grammar is be used to + [V Gerund]:

You can also follow be used to with a noun:

You can also say get used to something: